Tickets for Friday’s Andrew Gillum breakfast fundraiser still start at $1,000 per person, but the event may end up costing Broward taxpayers $24 million dollars. Tickets for the event benefiting the Forward Florida political committee start at $10,000 for the “Chair” while “hosts” pay $5,000 for the event. According to emails, seven of the nine Members of the Broward County Commission sit on the host committee.
The Gillum breakfast will be held at 2050 Spectrum Boulevard in Fort Lauderdale. For those unfamiliar with the area, 2050 Spectrum Boulevard may seem to be a nondescript office building near Fort Lauderdale Executive Airport. According to Broward property records, the former home of Spherion Staffing sold for $11.525 million in July 2018 to Spectrum Investors LLC. According to State of Florida records, Spectrum Investors LLC is managed by Sheldon Gross of Palm Beach.
In August 2018, The Sun-Sentinel reported Broward County Commissioners may have found a new home for the Broward County Property Appraisers Office and the Broward Supervisor Of Elections Office. Located near highways and public transportation lines, the new building has a cafeteria, a hurricane-proof data storage bunker and room for a warehouse. Broward County Commissioner Dale Holness said the building has a “real nice gym.”
According to the Sun-Sentinel, County Commissioner Steve Geller joked about moving commission meetings to the new building.
The price tag for the sprawling new government campus is only (!) $24 million taxpayer dollars.
Where is this pricey new palace located? Yep, 2050 Spectrum Boulevard in Fort Lauderdale.
Even though he bought the building for less than half that amount just three months ago, Sheldon Gross claims the $24 million dollar price is competitive for the area.
Just this week, Gross and his lobbyist, John Milledge, have been visiting County Commissioners like Nan Rich to discuss the deal. Both Commissioner Rich and lobbyist John Milledge are members of the Gillum breakfast host committee.
Who came up with the idea to host the breakfast at this building? It’s hardly a well-known breakfast venue.
How much is Gross charging? Who is providing the food?
Broward voters deserve answers. 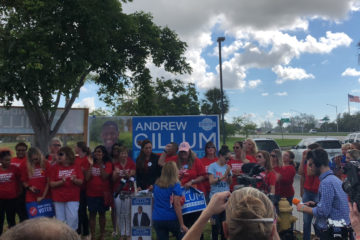 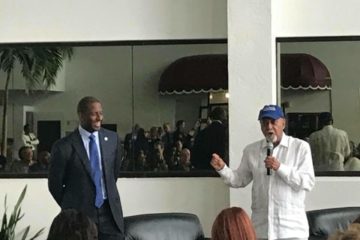 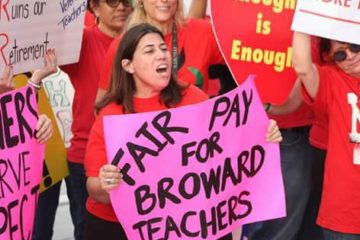 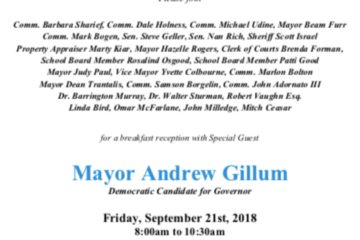