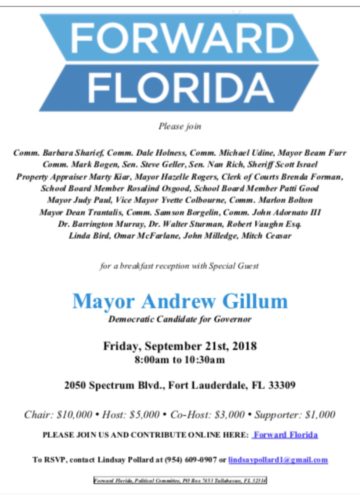 Got $1,000 to share a breakfast buffet with Broward politicians? Then buy your ticket for next Friday’s fundraiser for Democrat gubernatorial candidate Andrew Gillum. Broward County Commissioner Dale Holness is hosting the event which benefits the “Forward Florida” committee. According to its website the mission of Forward Florida is “to 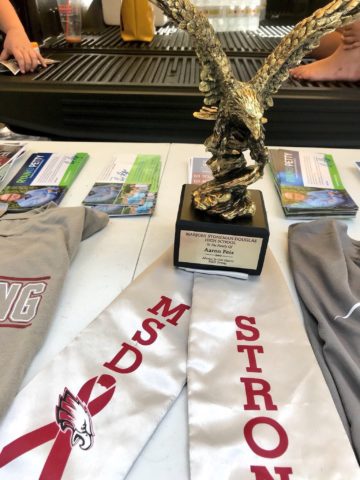 Over nine days of early voting it became perfectly clear the Laurie Rich Levinson campaign did not want voters to hear from survivors of the Marjory Stoneman Douglas shootings. In Weston, Broward Sheriff’s Office (BSO) deputies were repeatedly called by Levinson supporters over bogus complaints regarding supporters of her opponent